Austin Wayne Self has busy weekend in Chicagoland return 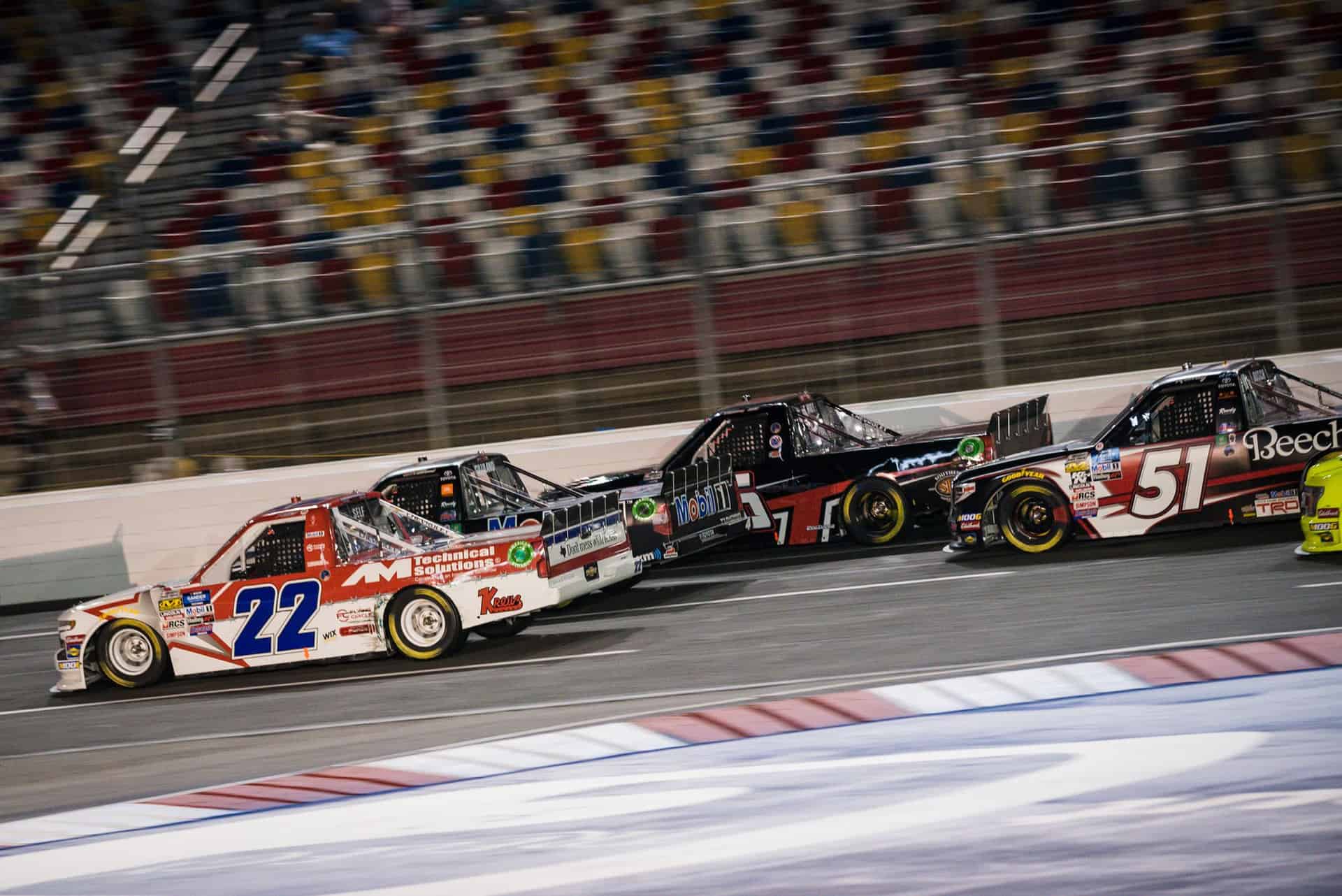 JOLIET, Ill. – Determined to make their presence known in the second half of the NASCAR Gander Outdoors Truck Series (NGOTS) schedule, Austin Wayne Self (@AustinWSelf) and his AM Racing team head to Chicagoland Speedway looking for a strong performance in Friday night’s Camping World 225.

With his sixth top-20 finish in the books after his ninth start of the season, Self, a native of Austin, Texas is determined to up the ante under the Windy City lights.

“It’s a bummer that we had limited track time at Gateway last weekend,” Self recalled. “I really felt that if we had more practice and been able to qualify – we probably would have had a better finish in our No. 22 GO TEXAN | Flying Circle Chevrolet.

“But, as still a relatively new group, I think race by race we’re making progress and we’re going to make our presence known.”

Self returns to Chicagoland Speedway with a hectic schedule. In addition to his Truck Series duties this week in Joliet, Self will make his ARCA Menards Series return in a collaborative effort between AM Racing and Win-Tron Racing.

For Self, he believes the extra track time will pay dividends in the 12th Truck Series race of the season.

“I’m ready to embrace a busy weekend at Chicagoland, actually, it’s going to be really fun,” said Self. “It’s been almost two years since I’ve been in an ARCA car and I know that the Win-Tron Racing guys are bringing me a fast race car.

“I hope I can apply some of that on-track time back to the Truck with Eddie (Troconis) and vice-versa. It would be really awesome to come out of Chicagoland with strong finishes in both series to carry us into the summer stretch.”

The 23-year-old has three prior Truck Series start at Chicagoland, earning a track-best 13th last year after starting 15th. He has finished no worse than 20th dating back to his first appearance in 2016.

In two ARCA starts at Chicagoland, he finished a track-best 12th after starting fourth in 2015.

“Chicago’s surface is pretty abrasive which presents opportunities for good racing,” added Self. “it’s important to make sure your truck is handling good over the bumps so that you can carry the speed you need into the corners. That’s our mission during practice on Thursday to make sure our truck is maneuvering through the bumps and seams so that I can drive it and carry it off into the corner.”

Texas Department of Agriculture’s GO TEXAN program will support Self in his 72nd career start.

Along with its signature mark in the shape of Texas, GO TEXAN celebrates, promotes and supports the business savvy and plainspoken grit Texas agriculture is known for throughout the world.

AM Technical Solutions, Don’t mess with Texas, CForce Bottling Company, Flying Circle and Kreuz Market will serve as associate partners in the 12th race of the year.

In 72 NGOTS races, the 2014 ARCA Menards Series Rookie of the Year has one top-five (second at Daytona 2017) and five top-10 finishes. The Texan maintains an average finish of 18.3 during his three years of competition.

The Austin, Texas native is nestled 15th in the championship standings with 12 races remaining.

For more information on Don’t mess with Texas and how you can become involved in the program, visit dontmesswithtexas.org.

Consumers make buying decisions based on the prestige of GO TEXAN, a desire to support the Texas economy and the value received from buying local.

About AM Technical Solutions:

Headquartered in Austin, TX, AM Technical Solutions was founded in 1994. AM Technical Solutions is a Global Architecture, Engineering & Construction firm specializing in the high-tech markets. AMTS has managed over $20B of global capital projects for over 170 different customers in 24 countries and across five continents.

AM Racing is a NASCAR Gander Outdoors Truck Series (NGOTS) team owned by entrepreneur Tim Self. Established in December 2015, AM Racing is headquartered in Mooresville, N.C. Operated by Self, a native of Austin, Texas, the team is prided on faith, honesty and intelligent performance.

The team has named Austin Wayne Self as its driver for the 2019 season.