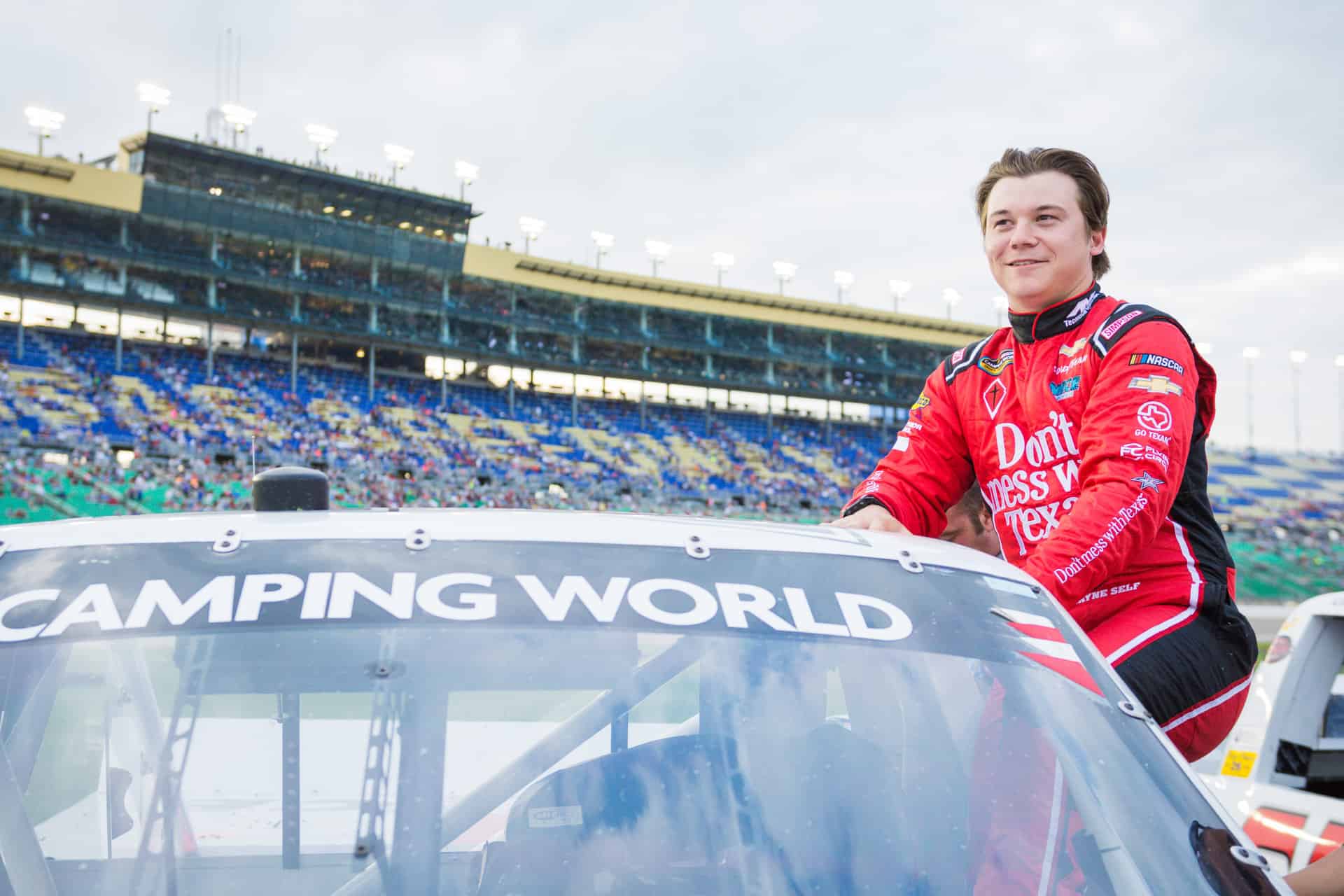 Much like the familiar phrase, “Everything is bigger in Texas” – Self, a native of Austin, Texas has high hopes for a big performance in Friday night’s JAG Metals 350.

The 22-year-old driver for Niece Motorsports will make his sixth start at the iconic 1.5-mile race track and hopes to deliver his first top-10 finish at the track, in the penultimate intermediate race of the season.

While aiming for his first top-10 finish at Texas, Self’s prior results have been firm, with three consecutive top-20 finishes, including a span of back-to-back top-15 finishes in 2017. The charismatic driver also hopes to improve on his 17th place run from the spring, one of 16 top-20 finishes this season.

“I always look forward to coming back to Texas,” said Self who sits 13th in the championship standings with three races remaining. “The race will be action packed, and I’m really upbeat about the strength of my Niece Motorsports team right now. Whether it’s a short track, a speedway or a superspeedway, we seem to have a lot of momentum, and that’s a good trait to have heading to one of my favorite places of the season.”

When Self comes to Texas, it’s more than just about him. It’s about his relationship with his Texas-based companies, including the United Sorghum Checkoff Program who will serve as the primary partner for Friday night’s race, elevating awareness of the benefits of American ethanol.

Self, a native of Austin, Texas, began his relationship with the Sorghum Checkoff and Texas Grain Sorghum Board last fall. Since then, the partnership has pinnacled to new levels and will continue throughout the 2019 season, building on the successful partnership between Self’s managing partner AM Racing and GO TEXAN.

The Sorghum Checkoff focuses on developing direct awareness of the benefits of using sorghum as a fuel and feedstock in the ethanol industry. This serves as the foundation of demand for the sorghum industry, as ethanol producers typically use about one-third  of the sorghum crop to produce clean-burning, high octane fuel.

“I’m proud of my relationship with the United Sorghum Checkoff Program, promoting the Sorghum: The Smart Choice™ brand,” added Self. “As we venture to provide a heathier environment, I’m proud to represent them in my home state and at Texas Motor Speedway.

“Sorghum is such a smart choice for ethanol, a clean-burning, high octane fuel with a strong connection to NASCAR. It’s our goal to educate everyone about its benefits and a strong effort on Friday night will help our mission.”

Tim Lust, United Sorghum Checkoff Program CEO, said the partnership with Self provides a platform to tell an important story about the value ethanol provides to the American consumer and rural communities.

“Promoting E15 is one of the most important things we can do for America’s farmers and agricultural interests,” he said. “NASCAR is a great platform as it enables us to reach the consumers making fuel purchase decisions while highlighting the fuel’s inherent value. NASCAR drivers have traveled 15 million miles on E15, so there is no better avenue for telling a pro-ethanol, pro-farmer story.”

After 20 races, Self sits 13th in the series’ standings. He carries an average finish of 16.6 entering Texas.

GO TEXAN, Don’t mess with Texas, CForce Bottling Company, Flying Circle and Kreuz Market will serve as associate partners in the 21st race of the year.

In 60 NCWTS races, the 2015 ARCA Racing Series Rookie of the Year has one top-five (second at Daytona 2017) and four top-10 finishes. The Texan maintains an average finish of 18.1 during his three years of competition.

About the United Sorghum Checkoff Program:

In the ethanol industry, the United Sorghum Checkoff Program focuses on developing direct awareness of the benefits of using sorghum as a fuel and feedstock.

Sorghum is truly a versatile crop that can be grown as a grain, forage or sweet crop. The United States is the world’s largest producer of grain sorghum, having produced 480 million bushels in 2016.

The United Sorghum Checkoff Program is a producer-funded organization dedicated to improving the sorghum industry through research, promotion and education.

Along with its signature mark in the shape of Texas, GO TEXAN celebrates, promotes and supports the business savvy and plainspoken grit Texas agriculture is known throughout the world.

Whether it’s grown, sewn or served on a plate, more than 26 million Texans shop, travel and dine out in full support of Texas business and agriculture.

Niece also owns Niece Equipment, which has for over 30 years provided clients with reliable products at competitive prices.  Niece Equipment’s reputation is built on service, integrity and dependability.

The company provides water and fuel / lube trucks that are engineered with quality and durability in mind for the construction and mining industry.