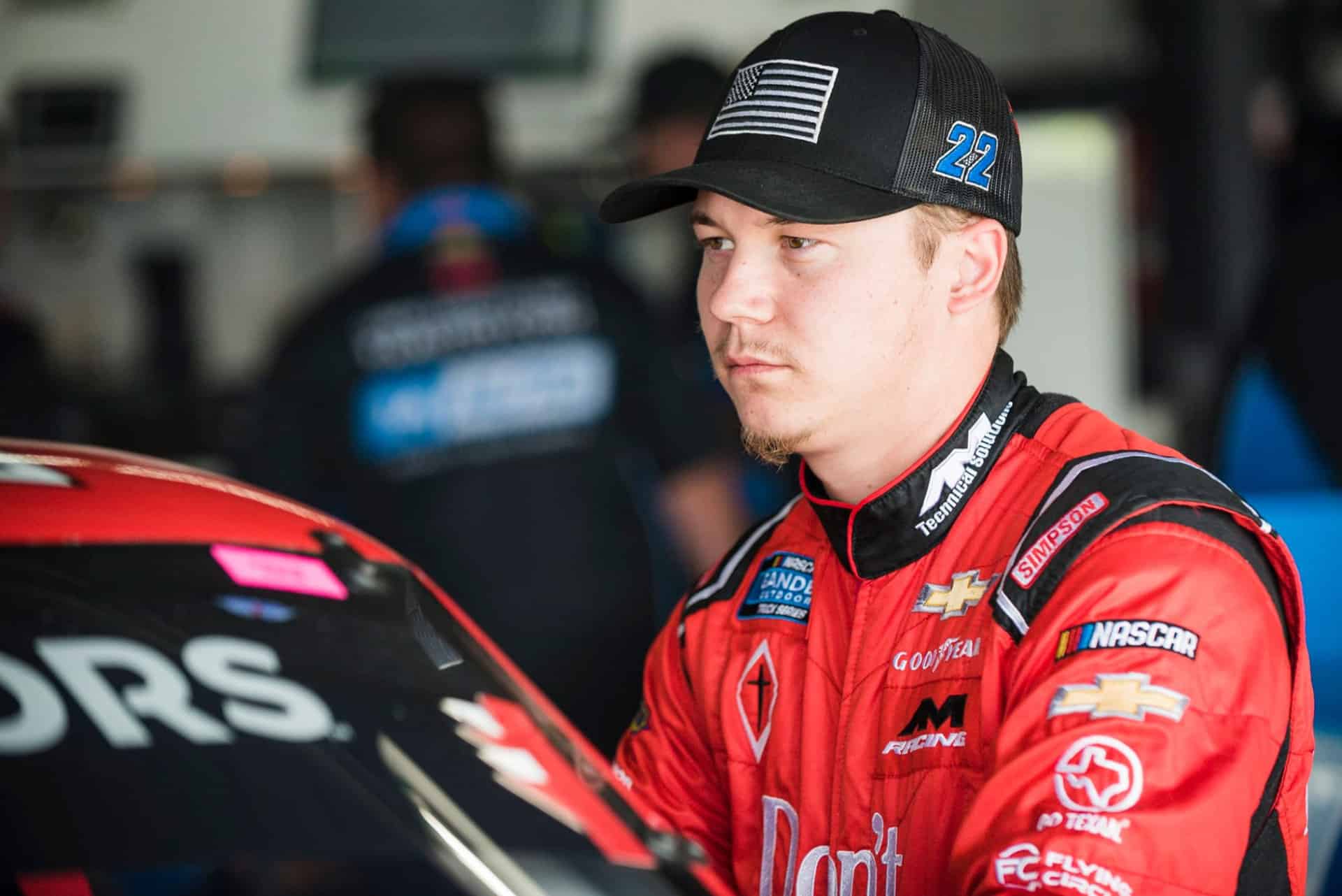 Self, 23, will drive the team’s No. 32 Chevrolet with support from Win-Tron Performance and IceBox Helmet Coolers.

“Win-Tron Racing has had some very competitive finishes this year and I know they are going to bring me a fast race car and I look forward to the opportunity to pull double duty this weekend at Chicagoland Speedway.”

Self, a native of Austin, Texas last competed in ARCA nearly two years at Road America (Wisc.) where in a second entry for Win-Tron Racing he finished sixth after starting 12th in 2017.

In all, Self in five years of competition in ARCA has 47 career starts with one win, 13 top-five and 31 top-10 finishes. In two starts at Chicagoland, he finished a track-best 12th after starting fourth in 2015.

Win-Tron Racing has run a select schedule in the ARCA Series in 2019 with drivers Gus Dean and AM Racing development driver Cole Glasson.

“We’re still looking at the schedule, but I think you’ll see me in or a race or two more after Chicagoland,” added Self. “I know that Kevin (Cywinski, Win-Tron Racing owner) and Jamie (Jones, crew chief) have put together a very competitive car and I look forward to our chance to go out there and contend for my second career ARCA win.”

Cywinski who serves as team manager of Self’s Gander Truck Series team says having Self compete in both races at Chicagoland will undoubtedly prove to be beneficial.

“Austin will do us a great job at Chicagoland,” sounded Cywinski. “The extra seat time will allow Austin to stay focused and bring back some positive feedback to not only the ARCA program but also acquire critical track time that should prove to be beneficial for the Truck Series program this weekend too.”

The Bounty 150 (100 laps | 150 miles) is the 12th of 20 races on the 2019 ARCA Racing Series presented by Menards schedule. Practice begins Thurs. June 27 with an hour and a half practice session planned from 12:00 p.m. – 1:30 p.m. General Tire pole qualifying is set for later in the day at 4:35 p.m. The race is set to take the green flag later in the day shortly after 7:00 p.m. The event will be televised live on FOX Sports 1 (FS1). ARCARacing.com will also stream live timing and scoring throughout the day’s festivities. All times are local (Central).

The IceBox by AirBox represents an innovative Air-Cooling Solution for personal and confined environment where space, weight and power consumption are critical considerations. Design applications include Aviation, Aerospace and Performance Racing industries.

Built in the AirBox tradition of unsurpassed quality, IceBox uses only the best components available globally to construct a world-class product.  The IceBox is a light-weight personal chiller with a cooling capacity of Delta T 20-30 Deg F.

AM Racing is a NASCAR Gander Outdoors Truck Series (NGOTS) team owned by entrepreneur Tim Self. Established in December 2015, AM Racing is headquartered in Mooresville, N.C. Operated by Self, a native of Austin, Texas, the team is prided on faith, honesty and intelligent performance.

The team has named Austin Wayne Self as its driver for the 2019 season.